Sunway Lagoon is truly one of a kind. It is a unique land of play and leisure that spans over 88 acres, giving it the capability to host events of any size. From 70 to a staggering crowd of 70,000 if need be. Visitors could stay at the 1,234 rooms at Sunway Resort Hotel & Spa; or shop at the grand Sunway Pyramid Shopping Mall, all within the Sunway City. 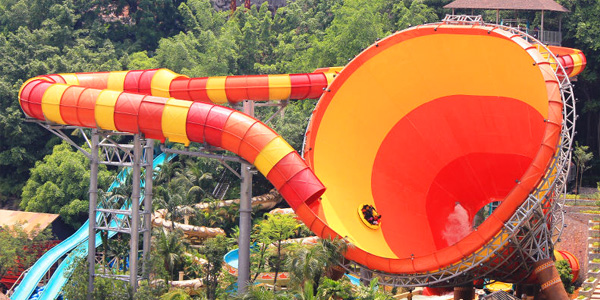 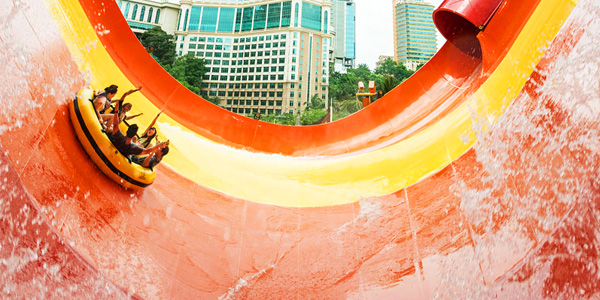 Dive into the belly of the beast – Launch from a tower 11 storeys high, plunge through turbulent water like the rapids with twists and turns then plummet into the world’s largest funnel where you’ll be gobbled up by the beast that is the Vuvuzela. Behold the world’s highest, largest and most thrilling water ride!

Enjoy a great ride and cinematic experience like no other, as you move through the ultimate multi-sensory journey filled with thrills and spills! With wind, fog, mist, sprays, fountains, water jets, light, lasers, 3D visual, sound and movement; the Waterplexx 5D promises to be truly wet and wild.

Discover Nickelodeon Lost Lagoon – a tropical sanctuary and home to a fabled lost civilization that revered everything SpongeBob SquarePants.

The jungles of Nickelodeon’s Lost Lagoon are rife with exhilarating water slides tucked amongst the trees offering visitors a unique opportunity, to play in the serenity and surprise of a land lost in time.